The school collects fee for 10 months, from June to March. The fee remittance can be made in a single installment as annual fees, or in three installments as term fees. In case of no-remittance of fees, the name of the student will be removed from the roll and he or she will not be readmitted without special permission of Principal, paying a readmission fee of Rs.350/-.

The fee structure will be available in the Administration Office and will be published on the notice board.

All dues have to be cleared for each term, in order to obtain the ‘Dues Cleared- Certificate’ and ‘Examination Admission Card’, for appearing for the Summative Assessments 1 & 2.

The total tuition fees for 10 months from June to March can be remitted as one time installment in April, by availing a discount of 5%.

The second term fees can be remitted in September; and with a fine of, Rs.50/- in October, and Rs.100/- in November, and thereafter with a readmission fees of Rs.350/-. 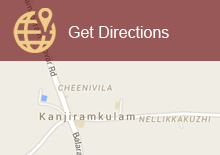